Learning to learn: Insights into learning more effectively and efficiently

With a new school year upon us, faculty member Jeff Greene provides students with research-backed tips to help students succeed.

As the 2022-23 school year begins, Carolina students will line up at the Old Well, hoping a sip from it on the first day of classes will lead to a 4.0 GPA at the end of the semester. That sip from the Old Well can’t hurt, but we all know a 4.0 doesn’t happen with luck, but rather with an understanding of and connections to a course’s subject matter.

Greene uses the science of learning to study the ways people learn using digital and technological resources, and how to help them use those resources more effectively. 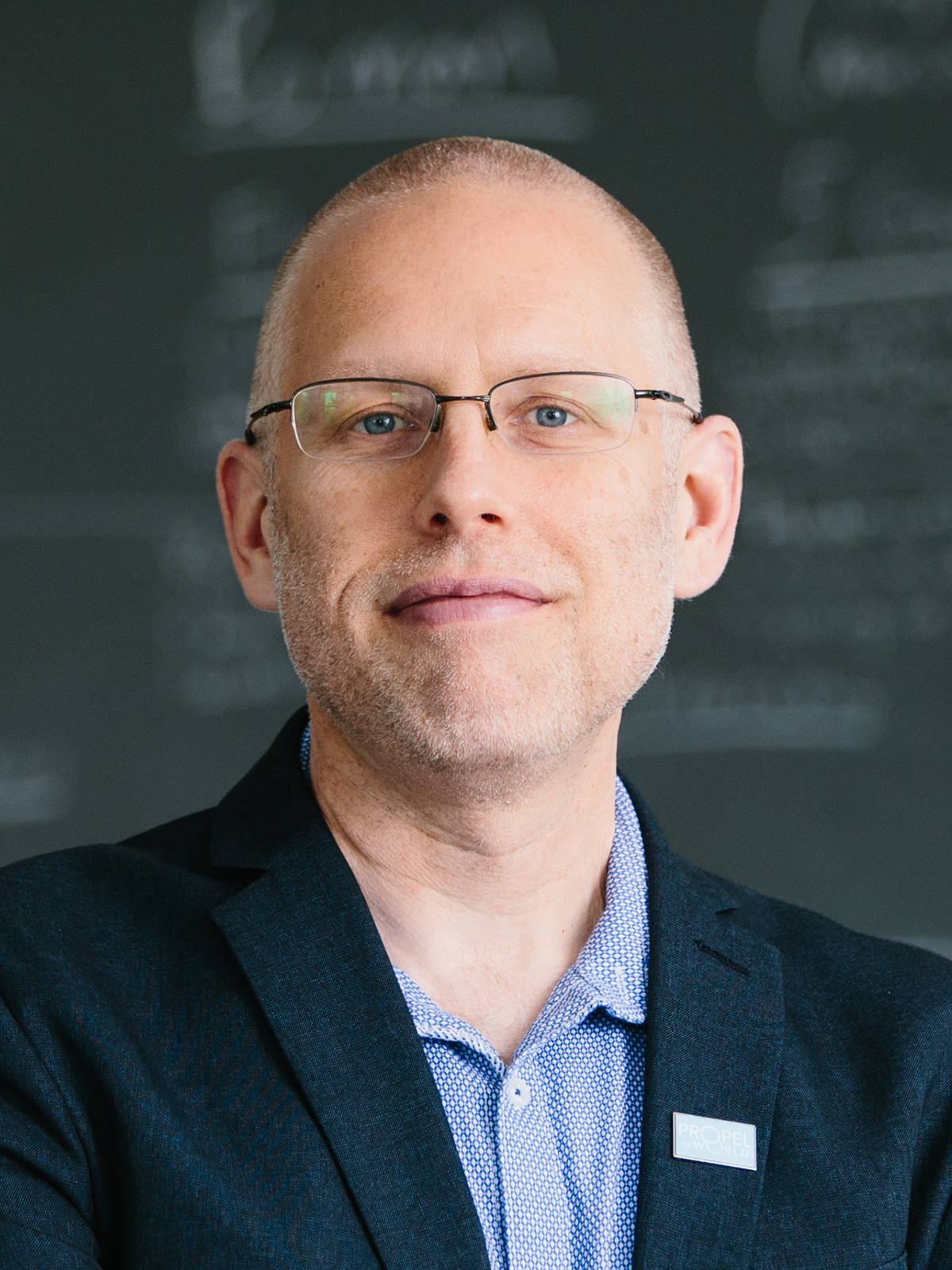 Jeff Greene, Ph.D., McMichael Family Professor at the UNC School of Education, who teaches in the Learning Sciences and Psychological Studies concentration of the Ph.D. program and MEITE program, has spent most of his career studying how people learn and then helping them learn more efficiently and effectively.

With The CLICK Research Group, Greene’s most recent work focuses upon data generated by students’ use of online resources and course management systems such as Sakai and Canvas, used in introductory science and mathematics courses. With that data they can predict when a student will fall behind — and then offer a self-regulated learning intervention to help them get back on track.

Below, Greene points to several findings from the science of learning field and offers tips to help Carolina students learn more effectively and efficiently — that can increase the chances of that Old Well sip actually working.

You can get better at…anything.

“We’ve all heard it (or said it!) countless times: ‘I’m just not a math person.’ Or I’m just not a whatever person.’ The evidence doesn’t support that — at all. Sure, there are individual differences. Some people have to work harder than others to get the hang of math. Or dancing. Or remembering people’s names — whatever you can think of. But everybody can get better at those things (even math!) if they stick with it, ask for help when they need it, and use good strategies. Persistence is a much better predictor of success, particularly later in life, than innate talent.”

It’s more about working smart than being smart.

“People in the U.S. are way too obsessed with intelligence. Students at UNC have more than enough ‘brain power’ to do just about whatever it is they want to do. The thing that really differentiates successful from unsuccessful students is how they work and learn, not their capacity for doing so.

“There is certainly a science of learning. It’s not rocket science, but it’s not intuitive either. You have to learn how to learn. And there’s a lot of bad advice and conventional wisdom out there. People might be surprised to hear there’s no evidence for learning styles – none at all. People don’t learn best one way, like visually or auditorily. Instead, all of us learn best when we use all of the ‘learning styles.’ The more ways we interact with information, the more likely it is we’ll understand it.

“Another misconception is multitasking. The human brain simply can’t consciously do two things at the same time. If listening to music grabs your attention away from writing that paper, then you are multitasking, and the research shows you’re likely to do worse on the paper, and it’ll take you longer to finish it. But, if the music, television, or coffee shop noise is truly in the background, and you’re not paying attention to it, then you’re not multitasking and it most likely is not interfering with your learning.”

Learning well takes both your head and your heart.

“When you’re trying to learn better and faster, the science of learning research says: Emotions matter. Back in the day, people thought that somehow learning was all ‘brain’ and no ‘heart.’ Like, somehow your feelings would ‘get in the way’ of your thinking. Really, the opposite is true. We learn better when our head and our heart are in it. This may be surprising, but it aligns with research on learning, neuroscience, and general well-being. People remember more easily when they are bringing their full selves to the learning. It’s easier to learn and remember when we ‘feel it’ and ‘think it.’ Now, we don’t want people’s emotions to totally override their thinking or vice versa — the head and the heart have to work together, each helping the other.”

Need to memorize a bunch of facts? Use flashcards.

“There are lots of learning gurus who claim today’s students don’t need to know facts because they can just Google everything. Can you imagine going to your doctor, worried you had appendicitis and then having the doctor say, ‘Hold on, let me just look up what this is?’ Ridiculous. You need to know things to think in critical and sophisticated ways. Facts matter, and you have to memorize them.

“Luckily, there’s a long history of really convincing research showing that there are effective ways to memorize a lot of facts or definitions: flashcards. Paper flashcards or apps. It doesn’t matter.

Want to see if you REALLY understand something complicated? Explain it to someone else…or to yourself.

“Part of college is learning new facts, but a bigger part is learning to do things with those facts like understand complicated concepts, problem-solve, reason, make arguments, etc. It can be difficult to wrap your head around complex ideas, but a great way to figure out what you understand and what you still need to learn better is to explain it to yourself or a friend.

“I remember one night my college roommate, who was a physics major, came running into our room and said, ‘Finally, I’ve figured out relativity!’ I said ‘Great, can you explain it to me?’ So, he started to describe it, and about halfway through I could tell he was struggling. That was when he realized he didn’t quite have it all down, yet. So he went back, kept working at it, and eventually really got it. Explaining it to me helped him realize what he really understood and what he didn’t.

“That scenario lines up really well with the research on what scholars call ‘the self-explanation effect.’ Trying to explain a complex idea, even to yourself, is a great way to learn.”

Don’t cram – plan to space it out and relax.

“Cramming is really common, and sometimes there’s so much to do that you don’t have time to do anything else. But there’s another really strong finding in the science of learning that says spacing out your learning is a much better way to learn.

“If you cram the night before a test, you might remember the material enough to pass the test, but the research shows you’re likely to forget it shortly after. And that’s a problem if you need to remember that material for the next test, or the next class, or whatever.

“There’s a lot of evidence that says studying one hour a night four or five nights before the exam rather than five hours only the night before the exam, is a much better way to learn. This is also more efficient. You can spend less total time studying and remember just as much, if you space out your studying.”