The UNC School of Education honored five faculty members at a Celebration of Scholarly Excellence, with three being named to endowed professorships and two named as distinguished scholars.

The announcements were among the recognitions made at a Sept. 1 event at the Carolina Club, with faculty, staff, alumni and donors in attendance.

“Our students are fortunate to have teachers and mentors who are leading researchers in their fields of study,” Dean Fouad Abd-El-Khalick said at the event. “The colleagues we honor today as endowed professors and endowed scholars are at the leading edge of innovative research in their respective fields, forging ahead with impactful studies and applications in critical areas of educational research.”

It is believed that Hughes being named as a Samuel M. Holton Distinguished Professor marks the first time a Black male has been named to a School of Education endowed professorship.

“We are fortunate that the School of Education has a number of endowed professorships — an indicator of the support we enjoy and the careful stewardship of those endowment funds over the years,” Abd-El-Khalick said. “What is especially rewarding is to see accomplished and deserving scholars receive the recognition and additional support that these endowments help provide.”

Following is more about the five faculty members named to endowed professorships and as Tarbet Distinguished Scholars:

Her work is focused on investigating the relationships among psychological constructs and how the interplay between these constructs influences teachers’ instructional decision-making prior to and during the act of teaching, in particular while teaching mathematics.

Her research — which has been supported by state and federal funding, including the National Science Foundation, totaling several million dollars — has informed the design and implementation of professional development initiatives nationally and internationally.

Cross Francis’s impact in the field of mathematics education is reflected in numerous awards and honors. She was awarded the national K-12 Promotion of Education Award from the 2014 Women of Color STEM Conference for promoting STEM education for women and minorities; the Oak Ridge Associated Universities’ Junior Faculty Enhancement Award; the American Psychological Association Division 15 Early Career Award; and the University of Georgia’s Young Alumni Award. 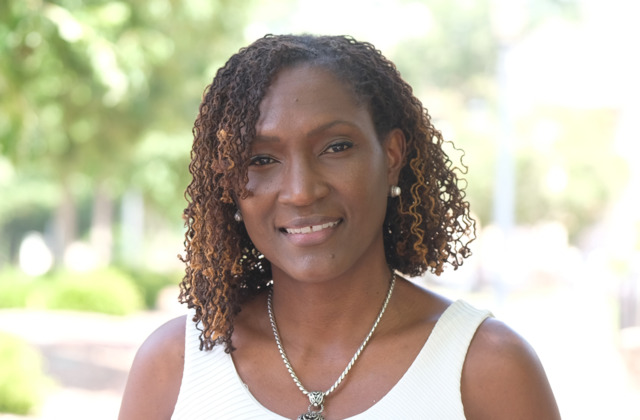 Scholars in the field value her dissemination of findings to both research and practitioner audiences, and commend her unique integration of social-emotional constructs into mathematics instructional practice.

While at Indiana University’s School of Education, she was honored with the Students’ Choice for Excellence in Teaching Award, the Graduate Student Mentoring Award, and the Trustee’s Teaching Award for her work with pre-service teachers and graduate students.

She is co-editor and co-author of two books, “Research on Teacher Identity: Mapping Challenges and Innovations” and “Teachers’ Goals, Beliefs, Emotions, and Identity Development: Investigating Complexities in the Profession.”

Domina joined Carolina’s School of Education in 2015. He earned his Ph.D. in sociology, with specializations in educational sociology and educational policy, from the Graduate School and University Center, City University of New York. He received his B.A. in social studies from Wesleyan University.

Over the course of his career, he has studied every education level, from early childhood education to undergraduate college education, using a range of analytical tools to understand how families influence children’s educational opportunities, the ways schools accommodate learners’ diverse needs, and the consequences of educational experiences for child development and the transition to adulthood.

Domina’s work focuses on the complex relationship between schools and social inequality. Among his foci, he has studied “Algebra-for-All” and “College-for-All” interventions, implementation of free and reduced lunch policies, and college readiness and preparation programming. Using sophisticated quantitative methods, he has shown how some of these policies and practices have ended up reproducing, rather than diminishing, educational inequalities among students. 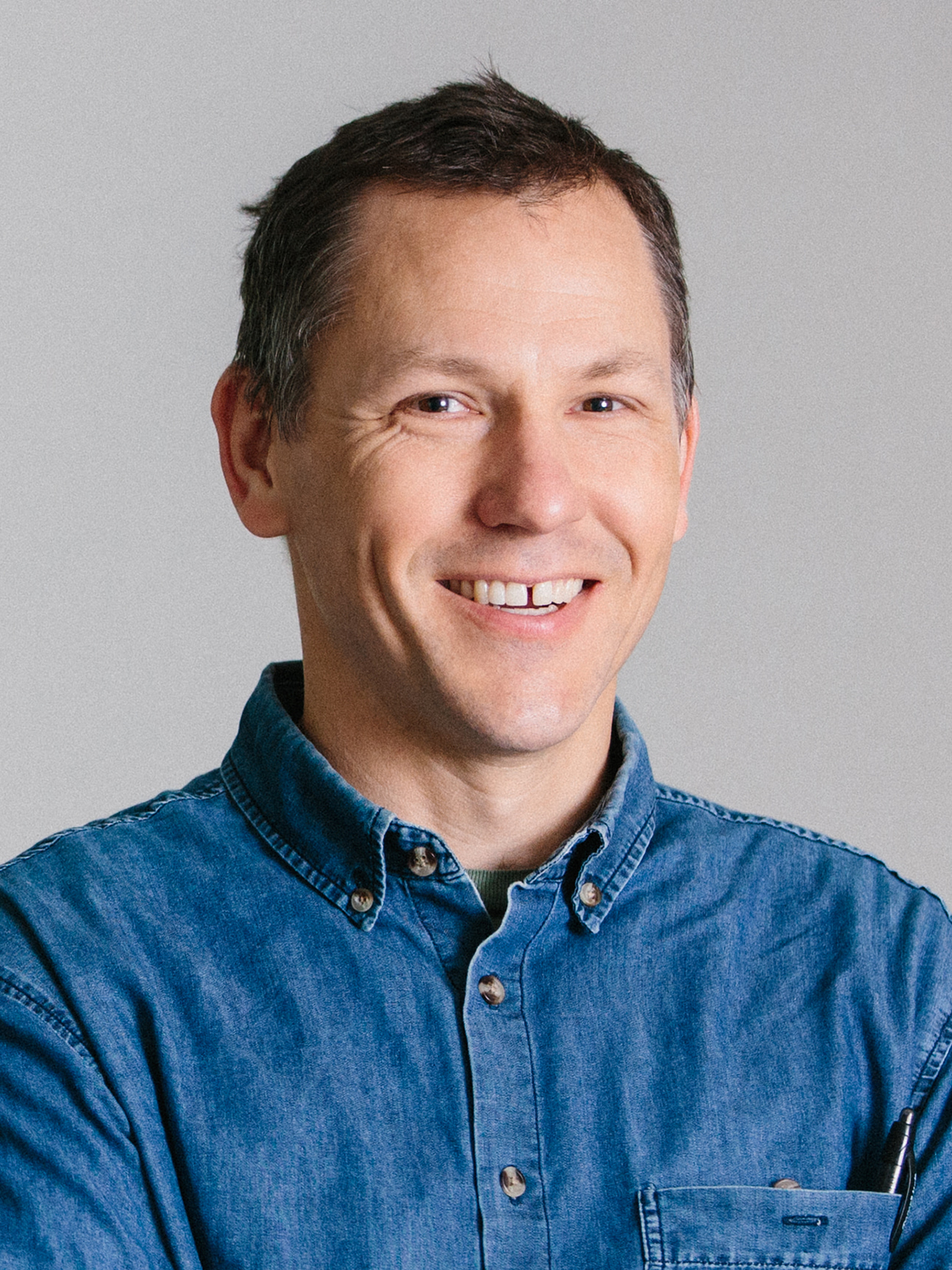 Domina has been described as a central figure in the sociology of education, with work that excites the field.

Sherick A. Hughes
Samuel M. Holton Distinguished Professor
Sherick A. Hughes, Ph.D., is one of the pre-eminent scholars of critical race studies and Black education and social context of schooling in urban and rural settings.

He has spent more than 20 years investigating and addressing equity issues at the intersection of theory, policy, and practice, and he has applied a variety of research methods that inform international dialogues on how inequitable social structures are developed, reproduced, and resisted — including the processes of learning and unlearning intergroup biases.

Since joining the School of Education in 2012, Hughes has published two lead-author books, 11 book chapters, and 18 peer-reviewed articles in prominent journals in his field. His 2012 and 2017 books received a 2014 American Educational Studies Association Critics’ Choice Book Award, and 2020 Society of Professors of Education Book Award respectively.

Hughes’s contributions to the academy were recognized by the American Educational Research Association in 2016 when he received one of the association’s highest honors, the Distinguished Scholar Award. 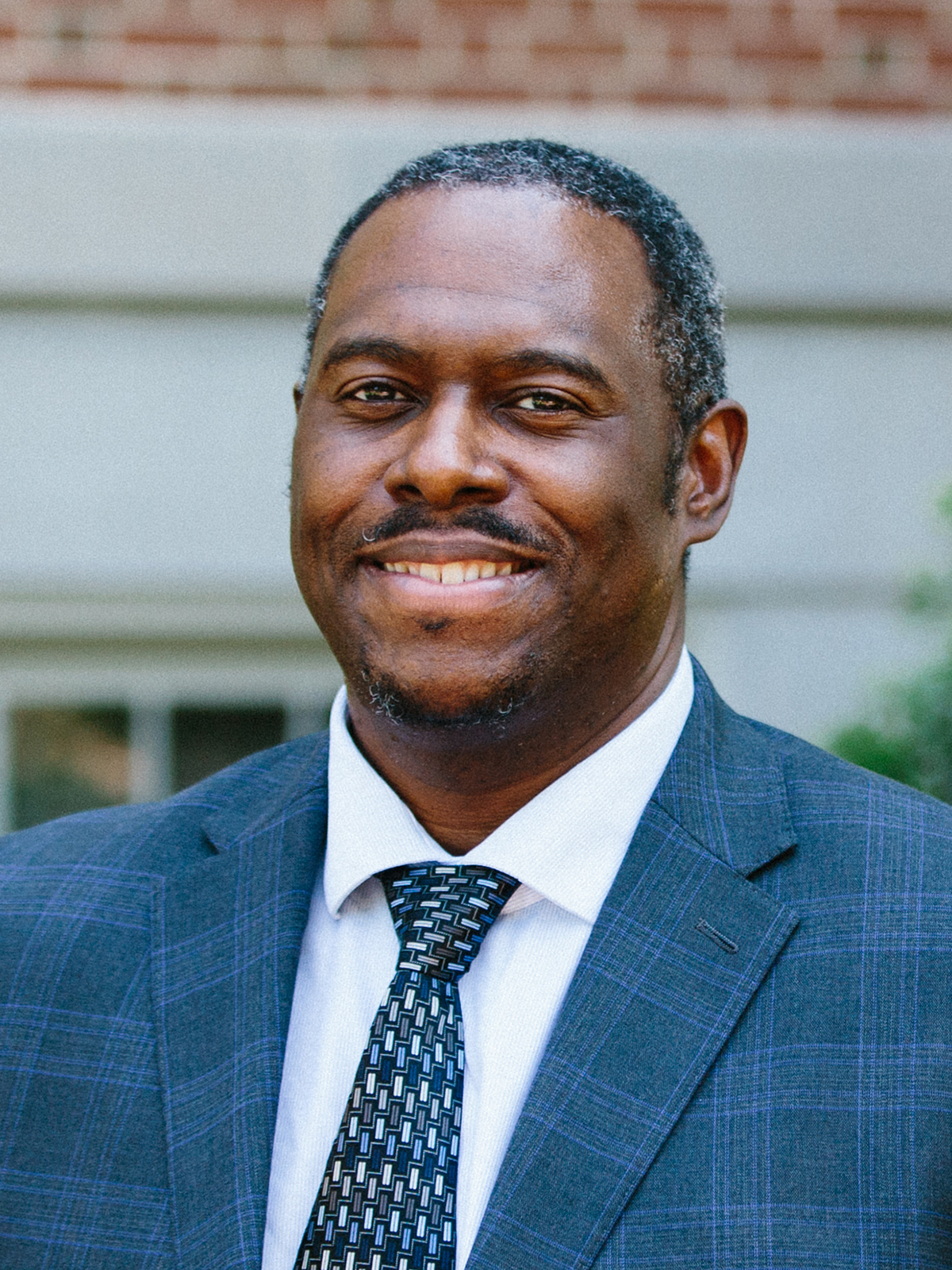 Hughes’s work centers primarily on critical race studies and Black education and has been funded by the William T. Grant Foundation. He is also recognized as an expert in qualitative research methodology, specifically autoethnography.

His work is changing the way scholars perceive autoethnography as a research methodology. In particular, scholars have applauded the novel perspectives offered by autoethnography, particularly for members of historically marginalized communities.

The School of Education now has two Holton Professors, Hughes and Lynda Stone.

The Samuel M. Holton Distinguished Professorship was established to attract or retain a distinguished teacher and scholar to the UNC School of Education whose scholarly work concentrates in either the history of education or the philosophy of education. The late Sam Holton served on the faculty of the UNC School of Education from 1948 until his retirement in 1987. He was chair of the social foundations area, supervised the dissertation research of more than 50 doctoral candidates, and received several teaching awards.

He has led and co-led multiple studies funded by millions of dollars from the National Science Foundation that apply learning theory and analytics to improve STEM education, and to study how students learn in digital environments. In each project, he led efforts to develop students’ learning skills through the digital “Science of Learning to Learn” training program, and developed behavior-based prediction models that use students’ activity in their learning management system course site to provide real-time alerts and feedback to struggling students before they begin high-stakes exams.

Bernacki’s research agenda includes investigation of the roles that motivations and metacognitive processes play when learners use technologies, and the development of interventions and learning materials. 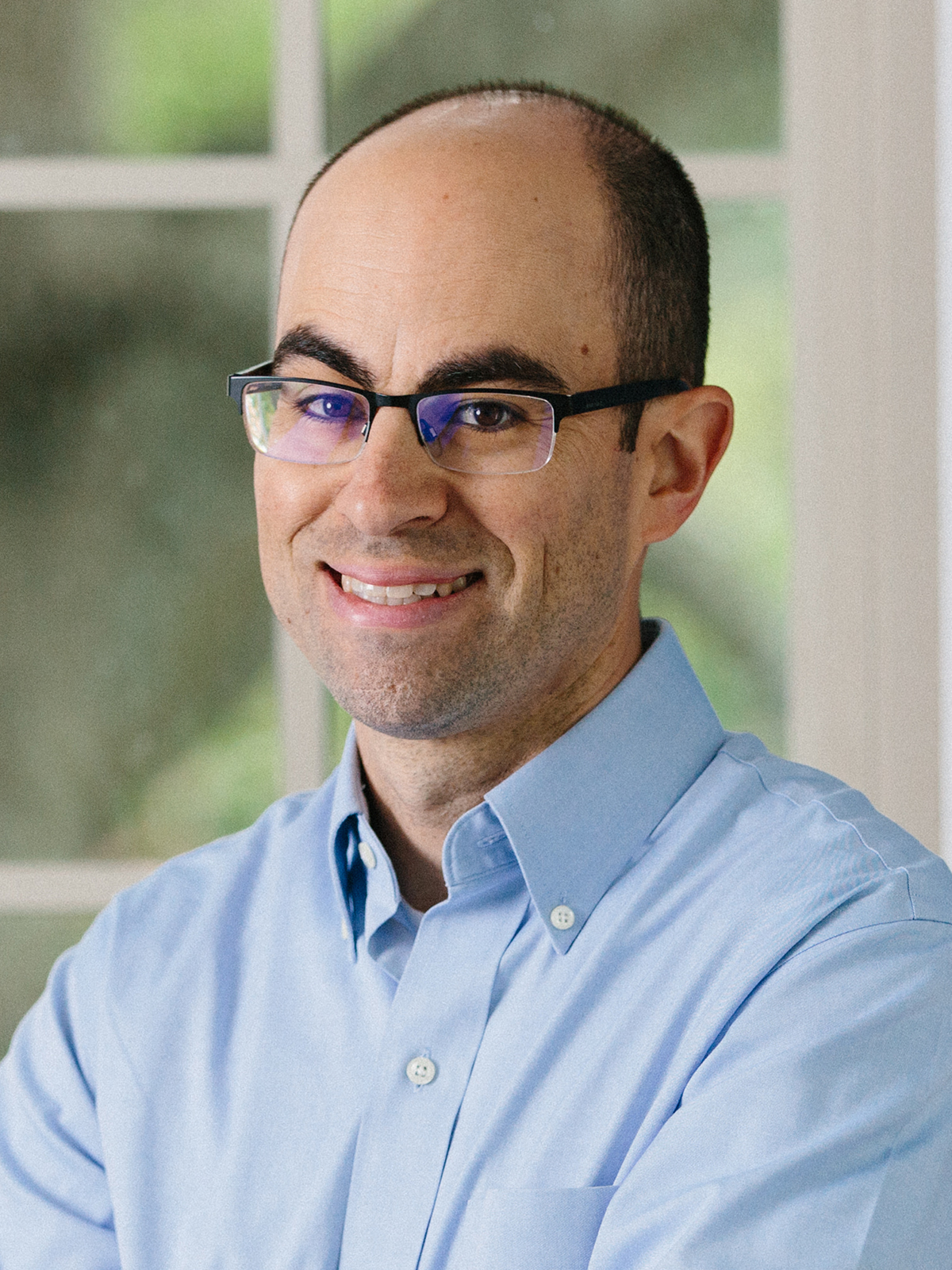 With recent support from the National Science Foundation, he is developing a digital platform to enable students to pose and solve algebra problems that are personalized to their aspirational STEM careers and out-of-school interests.

Bernacki’s work is recognized in the field as cutting edge, bridging educational psychology and the learning sciences to carefully craft and study the efficacy of learning environments, using sophisticated and creative methodologies.

Ryoo received her Ph.D. in learning sciences and technology design, with a specialization in science education, from Stanford University. She also earned her M.A. degree in learning, design, and technology from Stanford. She received a B.A. in health education with a secondary teaching credential in health education from Ewha Womans University in Korea. She joined the School of Education in 2012.

Through collaboration with Title I middle schools, she has worked to design and integrate innovative technology into science classrooms to improve public education for students and their teachers.

Among other exciting projects, Ryoo has worked to develop and evaluate interactive visualization technologies for teaching science. Supplementing or replacing lectures by teachers, these technologies – which include web-based animations, simulations, and models – are designed to be engaging for all students, but particularly for emergent bilingual students.

Ryoo has extensive experiences in design thinking, technology design, and science education as a designer, teacher, curriculum developer, and researcher. She and colleagues from the UNC Institute for the Environment are currently engaged in research for Iterative Design to Engage All (IDEA) Learners, a teacher-scientist collaboration project funded by the NIH Science Education Partnership Award.

Kihyun “Kelly” Ryoo’s research focuses on promoting equity for linguistically diverse students, particularly English language learners, in science education through the design and use of technology. 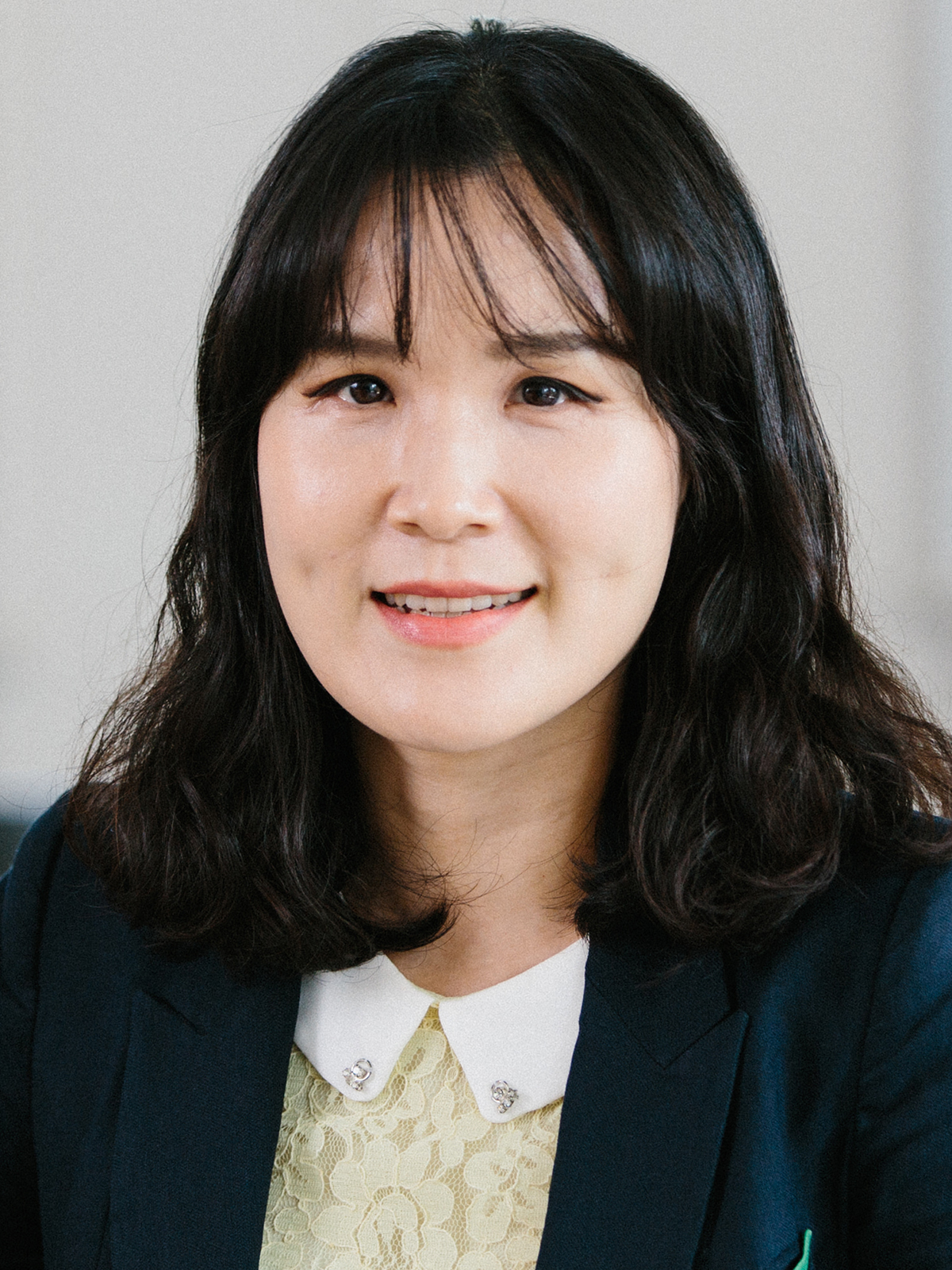 Over the next five years, Ryoo and a team of scientists and science educators will use design thinking and design-based research to engage high school STEM teachers in iterative processes of developing, testing, and revising curricula for their students — particularly those from economically disadvantaged communities — to introduce biomedical science and career opportunities.

Among her awards, in 2014, Ryoo was named a National Academy of Education/Spencer Postdoctoral Fellow, one of 25 early-career scholars from around the world chosen for the award. In 2015, she was selected by the National Association for Research in Science Teaching to receive the Jhumki Basu Equity Scholars Award. In 2016, she won a prestigious National Science Foundation Early Career Development Grant. Much of her scholarship has been published in the leading science education journal, the Journal of Research on Science Teaching.

The Tarbet Endowment for Faculty Support was made possible by gifts from the estate of the late UNC School of Education faculty member Donald Tarbet and his wife, Justeen. This endowment provides support to promote and enhance the scholarly activities of faculty members in the School.