Edge: The power of a Black teacher

It takes just one to make a difference for Black students; directions for research, policy

The following article is from the Fall 2020 issue of Edge: Carolina Education Review.

Black students are not being served well by American schools.

The Edge
Educational researchers seeking to identify and assess interventions and policy changes that can help close educational attainment gaps have found growing evidence that having a Black teacher at least once in elementary school increases the likelihood that Black students — and Black males from low-income households in particular — will complete high school and aspire to attend college. However, the U.S. teaching workforce is vastly mismatched to the public school student population, with a trend of decreasing diversity among teachers while the population of Black and Latinx students continues to grow. Research conducted by a team including Constance Lindsay, assistant professor in educational leadership, describes positive long-term effects of having a Black teacher for Black males, pointing to possible policy prescriptions and areas of needed research. In addition, Lindsay has conducted research into race-match effects in disciplinary outcomes in schools and other work that suggests areas in which new effort is needed to widen the teacher-preparation pipeline to bring more Blacks into the teaching profession.

Black students — and Black males in particular — confront obstacles in schooling that create opportunity gaps that too often lead to lower educational attainment. Those “achievement gaps” of shortened educational outcomes among minority students, when compared to their White peers, have been extensively documented.

About the Researcher Constance A. Lindsay
Assistant Professor

Constance Lindsay’s research focuses on policies and practices to close racial achievement gaps in education. Currently, her main focus is on teacher diversity and how to obtain a high quality, diverse educator workforce. 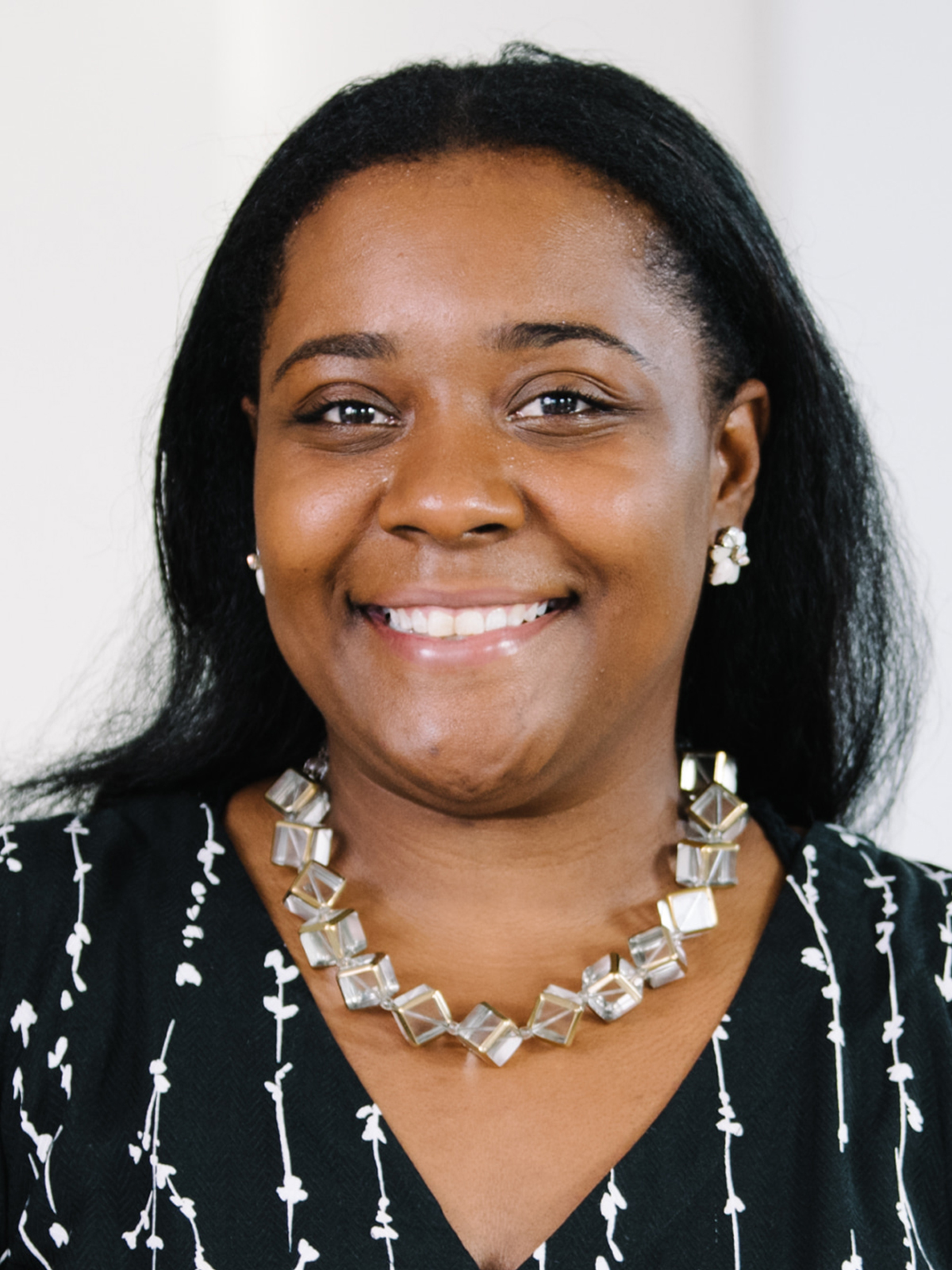 And yet those gaps have persisted, in some part because the sources of the gaps are poorly understood.

A team of researchers including Constance Lindsay, assistant professor in educational leadership at the UNC School of Education, has found evidence that having a Black teacher has positive effects — higher educational attainment and lower rates of discipline — for Black students, with the strongest effect often among Black males from low-income households.

Lindsay, who joined Carolina in 2019, earned a doctorate in human development and social policy from Northwestern University, where she was an Institute of Education Sciences’ predoctoral fellow. She received a bachelor’s degree in economics from Duke University and master’s degree in public policy from Georgetown University. Before doctoral study at Northwestern, she was a Presidential Management Fellow at the U.S. Department of Education.

Her research focuses on policies and practices to close racial achievement gaps in education, with a current focus on teacher diversity and how to obtain a high quality, diverse educator workforce. She is a co-author of the upcoming book “Passing with Flying Colors: How Promoting Racial Diversity in Teaching Benefits All Students,” being published by Harvard Education Press.

Nearly half of students in U.S. schools are not White, while less than a quarter of teachers were people of color, according to 2015 data from the American Community Survey. The disparity gap continues to widen in many places and is particularly pronounced for Latinx students (Lindsay, Blom, & Tilsley, 2017).

Researchers have found evidence that this demographic mismatch can drive inequality in academic outcomes (Grissom, Kern, & Rodriguez, 2015). One study found Black and White children alike had significantly higher achievement when assigned to a teacher of their race. But because White students are far more likely to have same-race teachers, they disproportionately benefit (Dee, 2004). Many researchers have found that teachers of color produce more favorable academic outcomes — in the short run — for students of color in terms of standardized test scores, attendance, contemporaneous course performance, and suspensions.

Lindsay has explored this phenomenon, seeking to uncover evidence that points to why race match between teachers and students matters, while also pointing to policy interventions and needs for further research.

BENEFITS OF HAVING A BLACK TEACHER

A team that included Lindsay analyzed data from North Carolina and Tennessee — states that have robust longitudinal statistical data regarding K-12 students, teachers, and schools — to find whether there were positive effects that could be tied to student-teacher race match that persisted over longer periods of time (Gershenson, Hart, Lindsay, & Papageorge, 2017; Lindsay, 2020).

They found that having a Black teacher for one year in elementary school raised long-run educational attainment for Black male students, especially for those from low-income households. For the most disadvantaged Black males, Lindsay and the team estimated that exposure to a Black teacher in elementary school reduced high school dropout rates by 39% and raised college-going aspirations.

The team analyzed student-level data from all public schools in North Carolina of students who entered third grade between 2001 and 2005, following them through their senior year of high school. The team also analyzed data from Tennessee’s Project STAR, which produced data in an experiment to study the effects of randomly assigning students to classrooms of different class sizes.

The team used several statistical analysis techniques to attempt to reveal shortcomings in their findings, but consistently found positive effects, the strongest of which were among the most disadvantaged Black males. By analyzing Tennessee data, the team was able to ascertain that the uncovered effects were consistent among students in two different states.

• The lack of a “dosage” effect suggests an important policy implication in that the number of Black teachers does not need to be dramatically increased to take advantage of these effects. Efforts to match Black students — and especially Black males from persistently low-income households — with at least one Black teacher in elementary school can begin immediately.

• There was no effect of having a same-race teacher on female students’ high school dropout rate, which researchers speculated may be a result of females’ significantly higher baseline high school graduation rates.

Lindsay and the team suggest their findings point to the need for more research regarding:
• Greater understanding of the student or teacher behaviors that may explain the effect of demographic match. For example, teachers may affect non-cognitive skills not captured by standardized tests, with some teachers being better than others in instilling a work ethic. Likewise, Black teachers may have higher educational expectations for Black students, fueling those students’ aspirations.

• Additional study of longer-term effects, including college completion, courses of study, occupational choice, employment, and earnings. Evidence of increased income later in life tied to race-match effects from elementary school could help justify additional investments that would support recruitment of Black teachers and their assignment to Black students.

Lindsay has extended her examination of the effects of race match, examining whether disciplinary outcomes are affected by exposure to Black teachers for Black students (Lindsay, & Hart, 2017).

Many studies have explored that Black and Latinx students are most frequently subjected to exclusionary discipline — in-school suspensions and suspensions from schools. Many studies have found that exclusionary discipline is associated with poorer academic outcomes, as well as other outcomes such as arrests and anti-social behaviors — the “school-to-prison pipeline.”

But few studies have assessed the role of teacher characteristics in determining disciplinary outcomes. Research has found that implicit bias among White teachers may drive more negative interpretations of behavior (Downey & Pribesh, 2004). A few other studies have found that Black students are less likely to be subjected to exclusionary discipline in schools with higher concentrations of Black teachers.

But those studies relied upon aggregate demographic data, comparing overall discipline rates for minority students with the demographic composition of teachers in those schools, making it difficult to separate school characteristics that may explain varying disciplinary practices from teachers’ behaviors.

Lindsay and Hart’s study aimed at exploring the direct impact of teacher-student race match on disciplinary practices by studying within-school data. Only one other study Lindsay and Hart were able to find had taken this approach, but it relied on only one year of data from North Carolina (Kinsler, 2011).

Among the highlights of their findings:
• For Black students, exposure to a larger proportion of Black teachers decreases the likelihood of receiving exclusionary discipline. The effects were relatively small in magnitude but were consistent among a variety of grade spans and across multiple school types.

• Exposure to a large share of same-race teachers significantly reduced the number of reported incidents for Black students, particularly for the types of offenses that required subjective evaluation, suggesting that teacher discretion may play a role in those outcomes. Black teachers may be less likely to make discretionary referrals for Black students for “defiance,” for example.

• However, the reduction in referrals for violent incidents at the elementary level, in which teachers have little discretion in reporting, may suggest Black students have improved behavior when exposed to a greater share of Black teachers, at least for younger children.

The study’s results bolster findings that exposure to Black teachers for Black students has positive effects, pointing to the need for school principals and superintendents to strategically place Black students with Black teachers and for expanded efforts to recruit and retain a more diverse teaching force.

Lindsay has given attention to impediments Blacks face in joining the teaching profession, with a forthcoming study that explores the role of student debt load in occupational choice, particularly in whether to pursue teaching careers.

Minority students typically borrow disproportionately more than their White and Asian peers, but little work has been done to determine how that affects the rate of Black college graduates going into teaching. Lindsay’s forthcoming study points to evidence that for Black and Latinx students, larger debt burdens seem to preclude them from becoming teachers, an effect that is not matched by White students and their debt loads.

More work is needed to understand the precise student and teacher behaviors that explain the positive race-match effects when Black students are exposed to Black teachers. However, there’s growing evidence that having more Blacks in the teaching workforce is an important goal for policymakers, schools of education, and school district administrators and principals.